For a PPL, CPL &ATPL aspirants who wants to become a good pilot, during flying prior to departure or enroute, earth atmosphere plays a vital role for safety of the aircraft. To ensure this, pilot has to be well versant with earth atmosphere & other topics related to aviation meteorology. Study Kwik eLearning module helps the PPL, CPL & ATPL aspirants to learn & apply aviation meteorology in a professional manner.

1. When the air is at rest its molecules are in random motion all over. The pressure exerted by these molecules is uniform in all directions. This Pressure is called Static Pressure or Barometric Pressure.

2. If the air is in motion an additional pressure is exerted in the direction opposite to the flow. This is called Dynamic Pressure or Wind Pressure. Wind pressure is used in the design of air speed indicator.

Pressure as Weight of the Air Column

1. The atmospheric Pressure at any level is the weight of the column of air of unit cross-section extending vertically upwards to the top of atmosphere.

3. ICAO has adopted hector Pascal (hPa) as the unit of atmospheric pressure. The other units are mm, and inches.

1. Roughly 1 hPa change in Pressure is equivalent to : 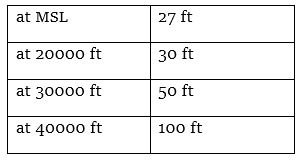 1. Warm Air is less dense than the Cold Air.

1. Atmospheric Pressure follows a wavy pattern during 24 hours, showing maxima at 1000h & 2200h and minima at 0400h & 1600h local time. Such variations are very small at poles and large at equator.

3. Diurnal variation of pressure is probably a natural oscillation of the atmosphere, having a period of almost 12 hours.

4. As the air is continuous, if there is a high pressure at one place there has to be a low pressure on the opposite side of the globe. With the rotation of the earth the pressures also rotates. Hence, two maxima and two minima in 24 hours.

1. Low (Cyclone): It is an area enclosed by an isobar with lowest pressure at the centre. When there are two or more closed isobars at an interval of 2 hPa, it is called a Depression. Winds around a low blow in anticlockwise direction in N hemisphere converging towards the centre. There is convergence and upward motion at a low. Hence it is associated with bad weather.

2. Trough of Low: A tongue like extension of isobars from a low is called trough of low. Pressure along the trough is lower than on either side. Isobars along the trough are V- shaped and wind direction abruptly changes and backs.

3. High: It is a region enclosed by isobars with highest pressure at the centre. Wind in a high moves in a clockwise direction. It is associated with fair weather but visibility is poor due to subsidence.

4. Ridge: It is a wedge like extension of isobars from a high pressure area. Pressure is higher along the ridge than on either side. 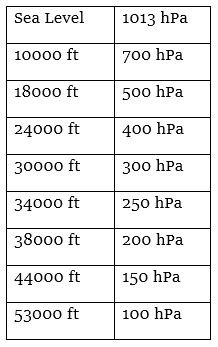 QNE: 1013 set on altimeter sub scale, will, on landing give an altitude known as the QNE value. 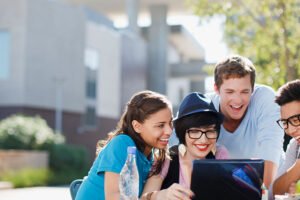 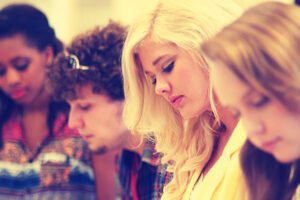